It’s all about timing

We all know that the body doesn’t move as one piece. When you go for a run, each leg needs to work independently (but still together) to actually make you move. The ability to run well is a combination of a bunch of things, with one very important factor being your running style, and the coordination between your left and right legs.

Let’s use basketball as an example because that is where our heads are at the moment. Picture a basketball player running down the court to the 3 point line and going up for a jump shot (swish – nothing but net). Now lets look at what we can measure using sensory body movement. Their feet hit the ground with every step as they are running faster and faster down the court. Slowing down towards the 3 point line, they come to a stop and go up for their jump shot. Both feet leave the ground before hitting the court again as they land. Lets have a look at the data for that process below:

Let me talk you through the data and what it means. It’s kind of cool once you put some context to a bunch of numbers.

We’ve mounted two of our sensors, 1 on the right ankle, 1 on the left ankle, and we are measuring data at 500 samples per second. So as you can imagine, each foot hits the ground during running, and the foot goes from moving through the air to stopping pretty quickly when it hits the ground; we call that slowing down a deceleration (the opposite to acceleration) which is directly measured with the accelerometer. The above plot is the acceleration data from our sensor. The top blue trace is the left leg, and the bottom red is trace is the right leg. Now don’t worry about the signs of the data; we’ve literally just made the red trace negative so that we can compare them easily on the same plot.

With that context we can start trying to understand what’s actually happening. Each of the peaks is when their leg hits the ground while they are running; you can see the peaks getting bigger as they run down the court which shows them speeding up. When when they get to the 3 point line they start to slow down (peaks getting smaller). At about 1391.5 seconds you can see 2 little blips that happen pretty close to each other. This is actually them jumping. You see them take off with those two little blips that happen pretty close together, and you see their landing with the 2 bigger shocks that happen at about the same time at the end of the traces.

You’ll notice I used ‘pretty close together’ and ‘about the same time’ which are pretty vague descriptors. In the world of biomechanics, these terms don’t cut it. Here comes the importance of synchronization – we’ve developed a pretty cool solution that makes sure our sensors are synchronized with each other down to the order of milliseconds! Not only can we see the right and left legs during the run, we actually have the ability to identify which leg they are favoring during the takeoff and landing of their jump! I’ll relive you from your suspense because I know you can’t see the time differences between the legs. The left leg takes off 0.03 seconds before the right leg, however the right leg actually lands 0.006 seconds before the left leg!

How cool is that! Now those are some seriously precise measurements, and a great example of the importance of time synchronization. 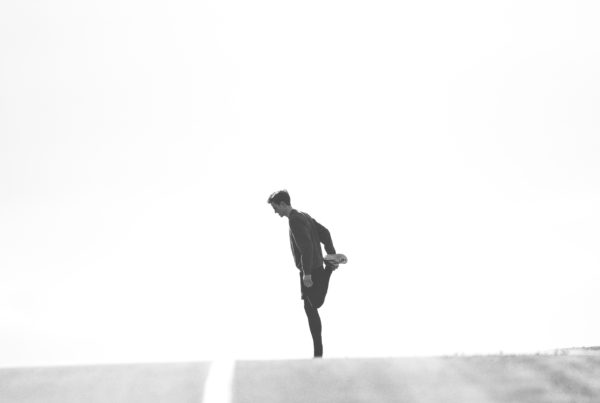 How to Monitor Your Athlete’s Training Remotely 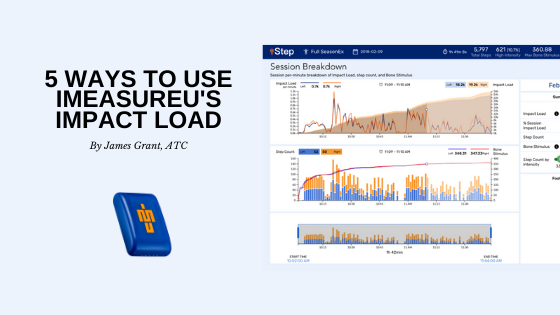 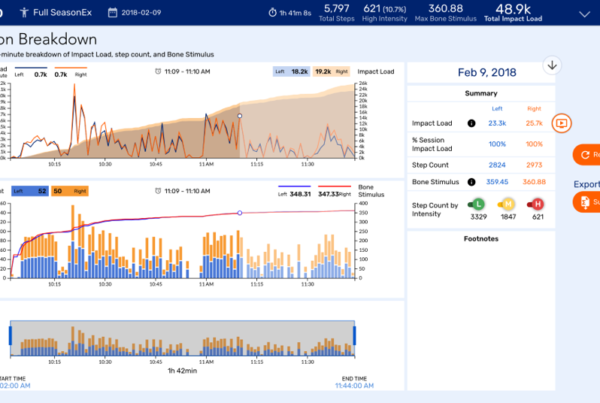