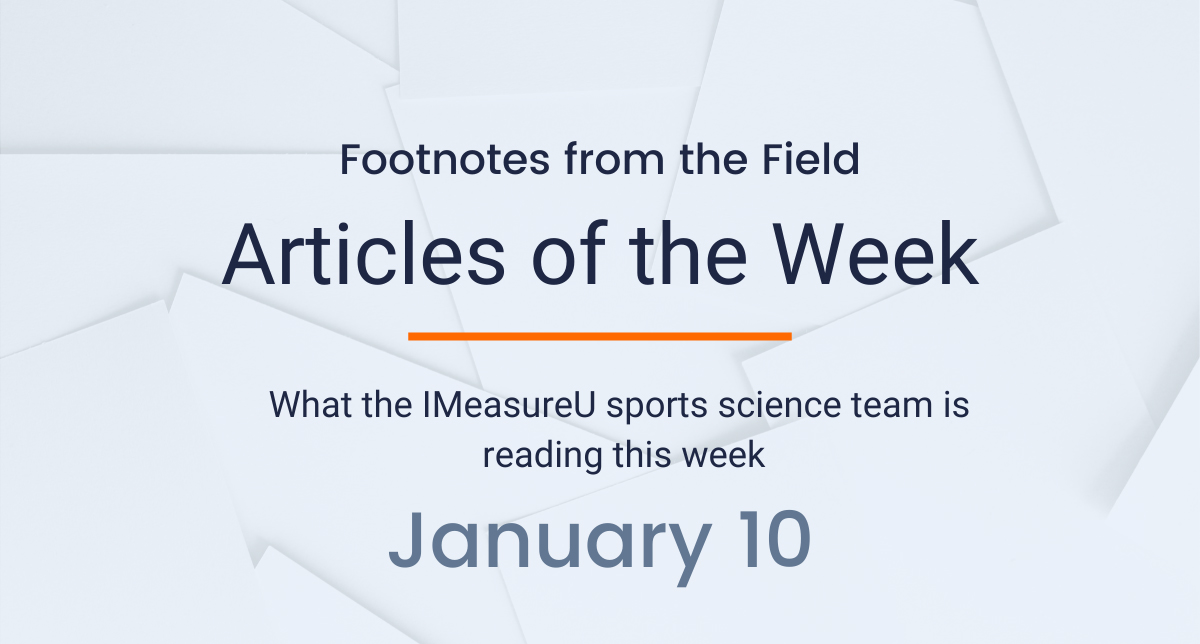 This first study of this weeks articles of the week comes from Rhodri Lloyd and the team at Cardiff Metropolitan University, Wales in Physical Therapy in Sport. The aim of this article was to determine how lower limb neuromuscular control changes over the course of a competitive youth soccer season. The main takeaway point was that certain neuromuscular control variables were susceptible to seasonal variation. Single leg countermovement jump absolute and relative peak landing force increased significantly between pre and mid season testing suggesting that young soccer players should engage in neuromuscular training throughout the season to offset any decrements in neuromuscular control and to facilitate appropriate landing strategies.

The second article in this weeks list comes from Jonathon Weakley and colleagues in the Journal of Sports Sciences. Jonathon has built and continues to build a fantastic body of research in the area of velocity based training. The aim of this study was to investigate the differences and long-term reliability in perceptual, metabolic, and neuromuscular responses to velocity loss resistance training protocols. When velocity loss thresholds are applied during resistance training, an exercise set is terminated at a pre-defined mean concentric velocity. The authors concluded that velocity loss thresholds control the magnitude of perceptual, metabolic, and neuromuscular responses to resistance training. For practitioners wanting to reliably prescribe training that can induce a given perceptual, metabolic, or neuromuscular response, it is strongly advised that velocity-based thresholds are implemented.