The Impact of Load Carriage on Military Personnel

Military personnel are used to carrying objects of various loads. Until recently, the effects of carrying such loads has been largely unknown. Although dependent on their Military Occupational Speciality  (e.g., infantry, armoured, and artillery), their specific role within their unit, and the task being performed, the loads carried by soldiers in the US, Australia, Britain, Spain and Germany can weigh from approximately 25kg to well over 45kg [1].

Intuition would tell us that carrying loads of more than 45kg would have physiological costs that could lead to injuries. In fact, increases in load carried has been shown to increase energy cost and also reduce endurance time. But the context of the load carriage has a significant impact on its cost. Speed, terrain gradient, and terrain surfaces have all been shown to increase energy costs. However, increases in energy costs don’t necessarily correlate with the risk of injury.

Lower limb musculoskeletal injury is the largest non-combat injury that faces those in the armed forces. 60-70% of personnel experience a lower limb injury in their training life cycle within a given year. We spoke to one of our very own, Blake Whitcomb, to discuss some of the issues faced by military personnel and how sports technology could help.

“Lower limb musculoskeletal injury is the largest non-combat injury that faces those in the armed forces. 60-70% of personnel experience a lower limb injury in their training life cycle within a given year.” 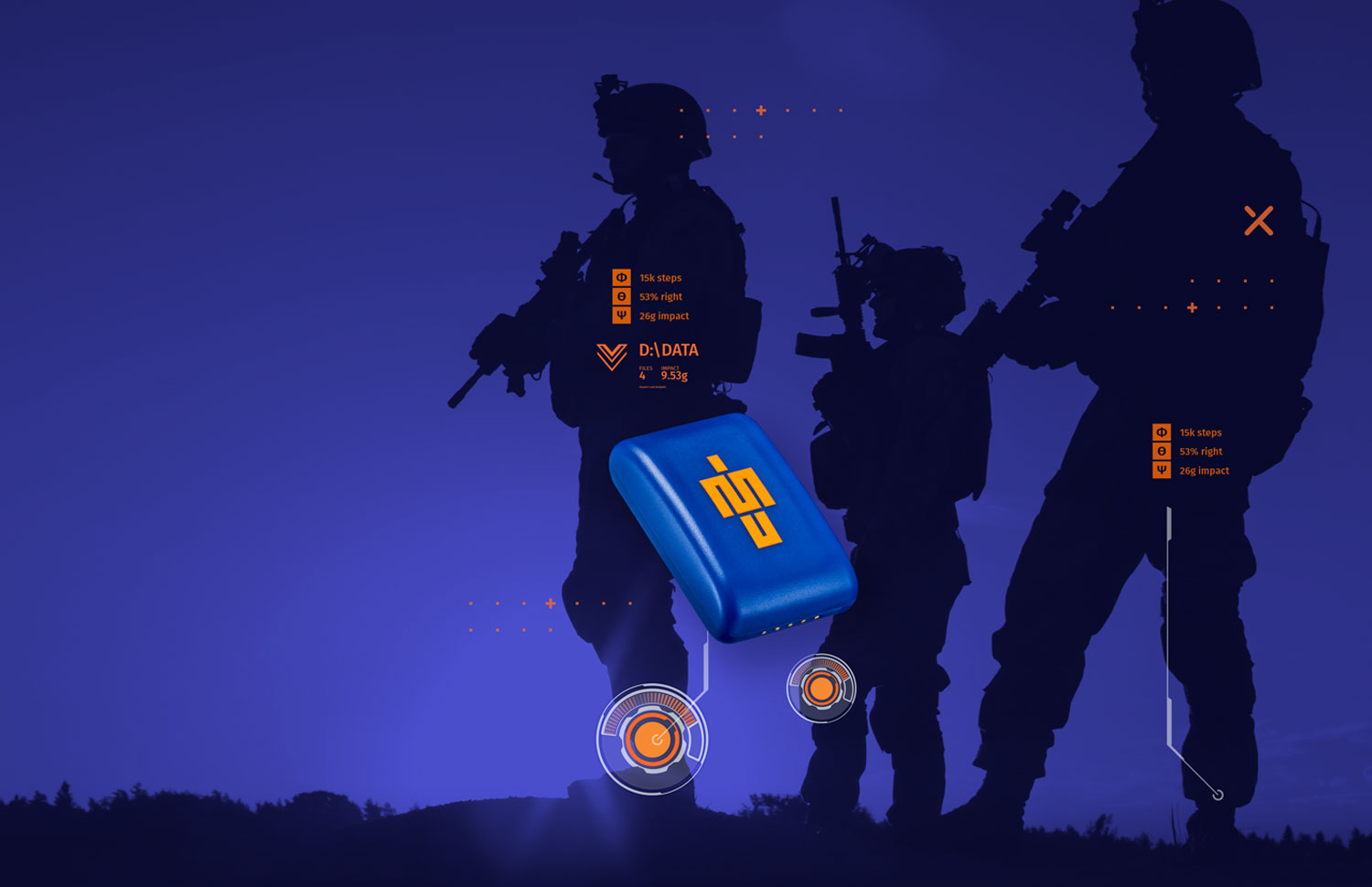 Technology use in the military

“This is a problem that is very well known within the military” Blake states, ” Different training regimes and numerous different technologies have been used to try to reduce these injuries but unfortunately there has been very little influence on those injury rates. The size of military units such as brigades, battalions, or even companies are often quite large and therefore the management of injury risk becomes extremely difficult. We’re starting to see a shift of an increased understanding of each individual’s biomechanical loading to try to reduce the injury rates.”

Much like elite sport, silos can often be a problem, especially when there are so many different units, brigades, and divisions. These silos can often make it difficult to coordinate the adoption of new technologies or even new training regimes.

“Special Forces often have the most leeway when it comes to new technologies because of the smaller unit sizes and lower financial investment, however even with this population there are some units that adopt innovative technology when others don’t. I think that this is one of the biggest reasons that the injury rates continue at the rate they are.”

The impact of load carriage

As mentioned above, load carriage differs across the different personnel in the military. Some frequently perform physical training in shorts, t-shirt, and training shoes whereas some train in full gear.

“This is not just boots and clothing, but full weaponry and body armor, which is a minimum of 30lbs of external load. Some units will even train with well over 100lbs as they pack into a location where they are going to be stationed for a period of time. And due to the nature of the armed forces, the exposure to this isn’t ramped particularly well.”

“Their (soldier) activity is so variable. In an operational environment, we have little idea about the surface type, how much distance they are going to have to cover, and what obstacles they are going to come across. Imagine a 3-day excursion and land navigation on uneven terrain. This is very unpredictable and difficult to control. The next frontier is not just to understand the general patterns of load but to understand who are the outliers. Who are the soldiers that handle that load carriage well and who are the soldiers that don’t?”

In addition to physiological changes when a soldier adds additional mass to their bodies, there is also increased biomechanical stress.

“There is more and more research in this area but we are seeing a decrease in stride length, greater hip, knee, and ankle flexion [2], and an increase in double support time. Double support time is the time an individual spends with both feet in contact with the ground at the same time. And the cadence is increasing.”

“Running volume increases and load carriage volume increases have both been shown to increase the risk of injury. The injuries resulting from this are often bone stress injuries and knee injuries. Tendinopathies are also issues that can become commonplace and these injuries are typically difficult to manage. From an intervention perspective, this is where research is heading. Trying to identify the ‘at risk’ individuals and understanding how we can prepare them for these exposures.”

IMU-Step can measure the external mechanical load that each limb is incurring throughout an entire training cycle at the source of the load. Some of the problems with current screening tools such as force plates or VO2 max tests in the lab are that they are taken in a fixed window of time. And there is a lot of wearable technology that is wrist-worn or center of mass worn which do a great job of measuring in the field, but they are not collecting data at the source of this mechanical load. They treat the body as one unit which is especially problematic when it comes to change of direction. 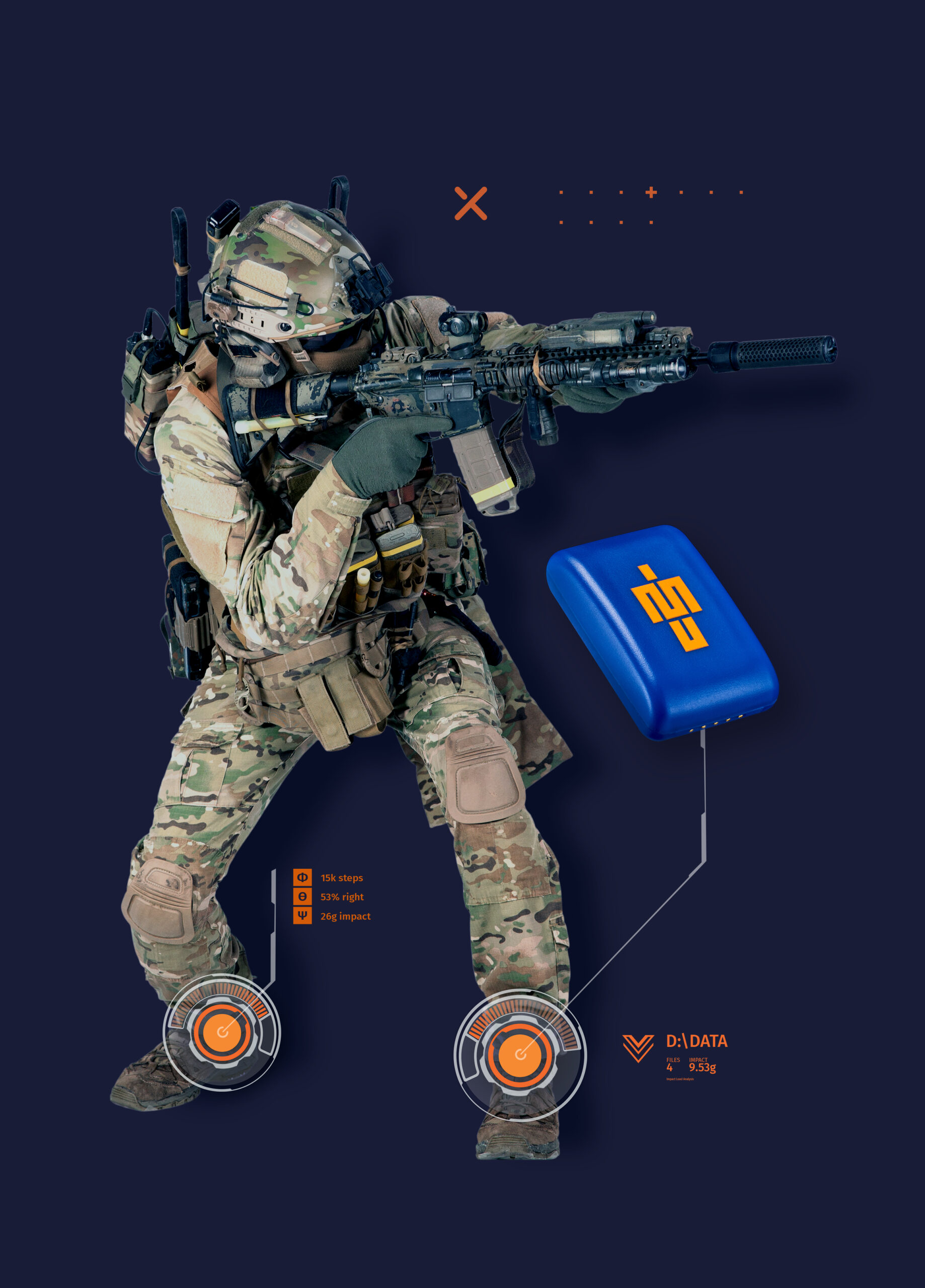 “This is not just boots and clothing but full weaponry and body armour which is a minimum of 30lbs of external load. Some units will even train with well over 100lbs as they pack into a location where they are going to be stationed for a period of time.”

Collecting data in any environment

“Our focus was to design IMU-Step to be used for long-duration data collection. We can collect for up to 18 hours and in various different environments including underwater, to understand what each individual’s movement looks like during a given task under fatigue. We can then give users the opportunity to compare a profile over time. We know that a person may look very good at the start of a training cycle but there can be a shift in that profile over time. We believe that if the person looking after the individual’s care can identify when that shift happens, it can positively influence their training outcomes related to injury.”

Given that IMU Step and other technologies can collect data all day, making sense of the output can be challenging due to its volume and complexity.

“Managing any type of data can be challenging but especially on large cohorts who are wearing the technology for long periods of time. But we feel that footnoting and adding context to the data is the easiest way to make sense of it. Although there is a lot of data being collected, a large amount of that data is just walking which can often be grouped together. But specific tasks can also be footnoted to allow easy comparisons across individuals or comparisons of one individual today versus the same individual last week or month.”

Blake recently undertook a pilot study for a particular client. The user was interested in testing how an armor plate carrier would influence external load and how that would impact linear running data, particularly when fatigue set in. 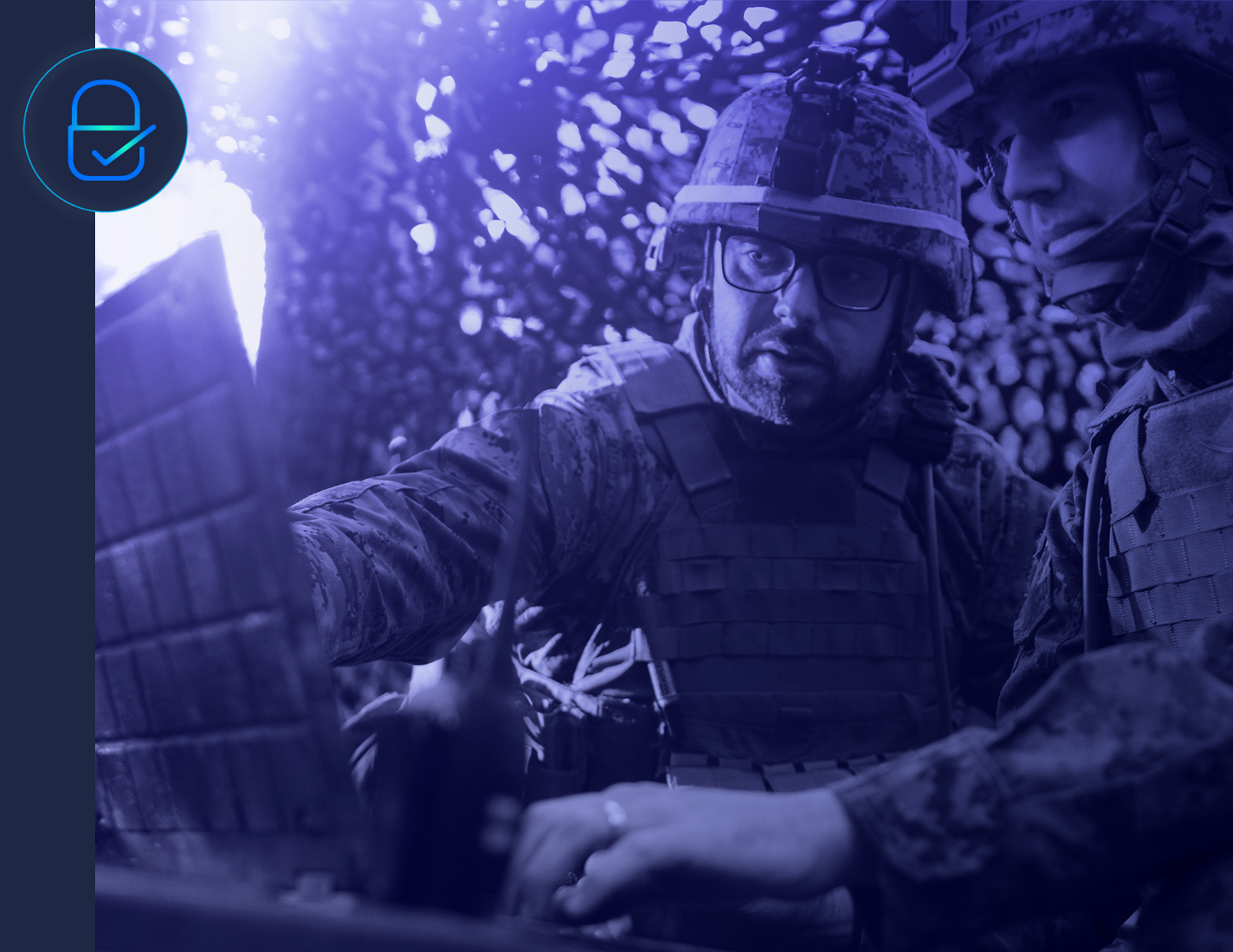 A real-life example of the impact of load carriage

“The session you can see to the right is a 300-yard shuttle on a turf field. We controlled for time and aimed for 01:07 ± 00:02. The main thing we see here is that I am right leg dominant. Early on, you can see that it was reasonably symmetrical, especially at lower Impact Load per minute. As the session went on, asymmetries became more pronounced. The first two reps were unloaded and then the next 7 reps were with a plate carrier weighing 20lbs. The plate carrier is 4lbs so in total, those reps were with 24lbs of additional load. The main thing you can see here is that the reps for the first run with the plate carrier were exactly the same as the unloaded runs. This shows that your body will adjust mechanically to that external load initially.” 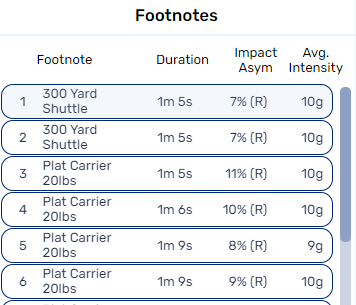 But as Blake performed additional runs, it was clear that that additional weight was starting to have an effect.

“By rep 6, my cadence was increasing, my step count was increasing, Impact Load per rep had jumped significantly. By reps 8 and 9, you can clearly see the asymmetry becoming more pronounced and we’re at our maximum Impact Load exposure. This is important for our clients as this is only a 20-minute session. If you extrapolate out to longer runs or heavier load carriage, you can imagine that some of these fatiguing factors will dramatically change biomechanics.”

With lower limb injuries taking such a toll on personnel within the military, it is important that research continues to investigate methods and technologies that can help this. Load carriage is clearly a contributing factor to this plateau in injury rates and here at IMeasureU we continue to help quantify the effect it has and be a part of the solution.

If you want to discuss this article or IMU-Step in more depth, send us a chat on the bottom right of your screen.