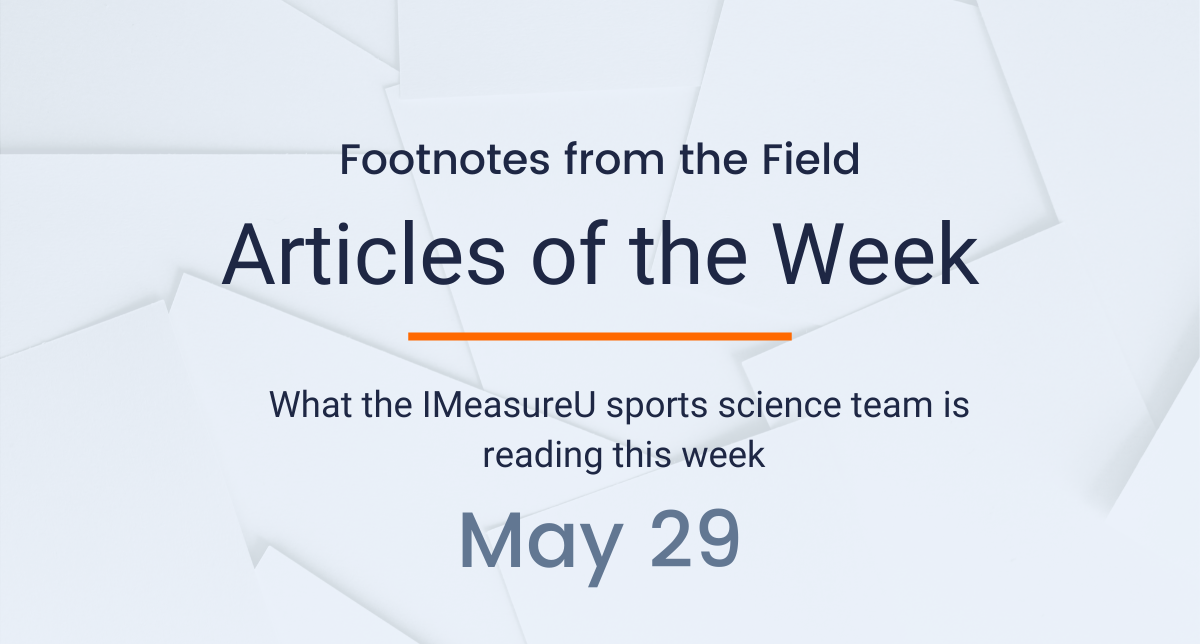 The first article this week comes from Athol Thomson at Aspetar Orthopaedic and Sports Medicine Hospital in the Journal of Science and Medicine in Sport. It is this article that Jaime Valadao and Dan Savin from the IMeasureU team reviewed in the video above. This article compared maximum plantar force (Fmax) during running in soccer players following anterior cruciate ligament reconstruction (ACLR) as they pass return to sport (RTS) criteria. The authors concluded that relatively large unloading of the ACLR limb (but not differences in contact times) are seen during running for athletes <9months post-ACLR despite having completed functional criteria required to permit RTS training.

The second article in this week’s list comes from Gustavo Tomazoli and colleagues in the International Journal of Sports Physiology and Performance. The authors investigated the effectiveness of different individualization methods of speed zones during match play to estimate postmatch perceptual recovery in soccer. The authors’ results suggest that locomotor capacities may better characterize the match intensity distribution (particularly for the high-speed running and sprinting categories) and should be preferred over MAS and MSS to estimate perceived recovery.

The final article comes from Shaun Huygaerts and colleagues in the Sports (Basel) Journal. The objective of this critical review was to evaluate the current evidence and provide an overview of mechanisms of hamstring injury and interactions between fatigue, hamstring muscle activation and function, and potential interactions with risk. The authors concluded that the hamstring muscles generate large opposing forces during high-speed running while also playing a role in the production of dynamic stability at the knee. The possibility exists that changes in muscle coordination strategies may cause one or more hamstring muscles to be disproportionately activated, possibly increasing metabolic demand and thus prematurely fatiguing the overactive muscles.