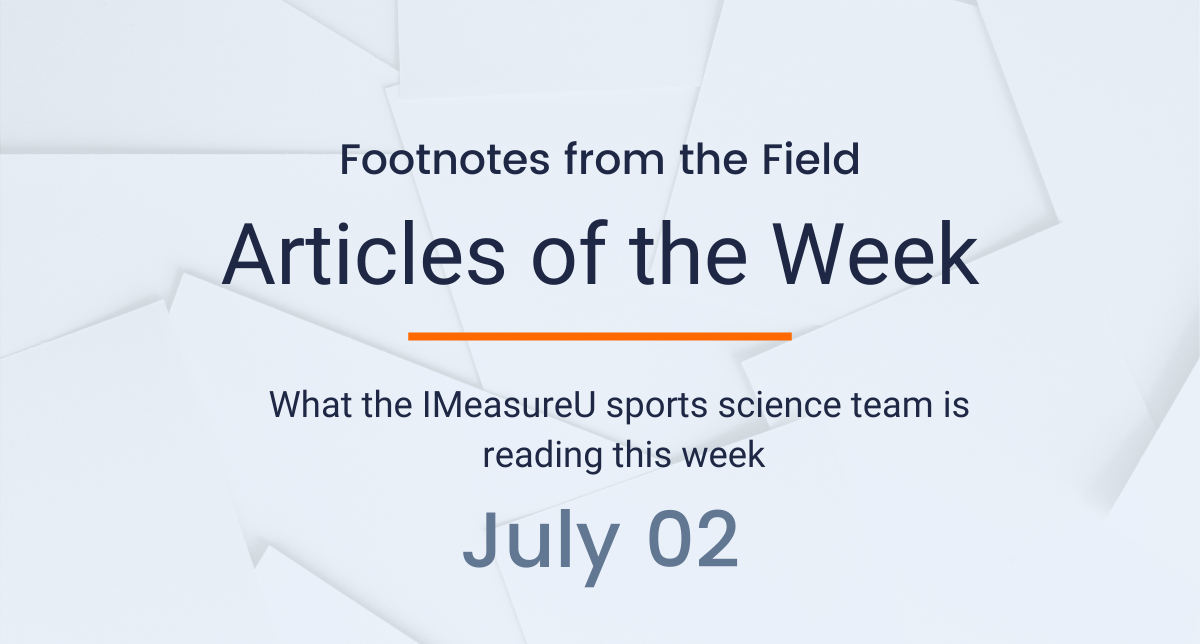 The first article this week comes from Stephanie Lazarczuk in the June 2020 edition of the Scandinavian Journal of Medicine & Science in Sport. It is this article that Jaime Valadao and Dan Savin from the IMeasureU team reviewed in the video above. In this video they were also joined by the author herself to discuss the intricacies of the article. Stephanie and colleagues aimed to investigate the epidemiology of injuries attributed to kicking in professional rugby, including playing position‐specific effects and differences in kicking volumes and kick types. They concluded that match kicking profiles and kicking injuries sustained are position‐dependent, which provides valuable insight for developing player‐specific conditioning and rehabilitation protocols.

The final article comes from Warren Gregson and colleagues in the Journal of Sports Science & Medicine in Sport. The authors aimed to investigate the impact of physical efforts performed in the period preceding activity as a potential risk factor of muscle injury during match-play within a sample of professional soccer players. The authors of this observational study concluded that the volume of sprinting during competitive soccer match-play has a harmful association with muscle injury occurrence.